Winter is Coming for the Diamond Industry 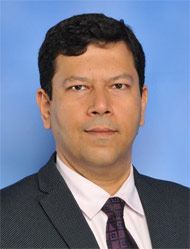 The diamond industry, like many others, enjoyed a spectacular run for 2 years since the initial Covid lockdowns, thanks in big measure to the large stimulus packages provided by various governments. While things have cooled off after March this year, markets have been holding on, with the hope of something better. Unfortunately, this might only the beginning and the real winter is still to come.

Signet Results - A harbinger of things to come?

The recent Signet results for the second quarter of Fiscal 2023, seem to be that wakeup call. (FYI - Fiscal 2023 for Signet will end on 31st January 2023).  More than the actual performance, it is interesting to compare the current guidance to the

one provided by Signet when they announced their first quarter results on 9th June 2022. As there were only about 52 days left till the end of Q2 of Fiscal 2023, they should have had a good view on the sales for Q2. Hence it is logical to conclude that the deterioration in sales happened post that date for Q2 of Fiscal 2023. This implies that drop in sales in Q2 has happened over 1.5 months or about half the quarter, leading to them reducing their overall guidance.

The performance and the implied deterioration in Signet's guidance as follows.

Signet is penciling in a 9-11% drop in sales for the last half of their financial year from their projections as well as their actual performance in Fiscal 2022.To be fair to Signet, they have indicated that their international sales have performed much worse than their sales in the US. The international sales are less than 10% of their sales, and the drop in sales in the US should nonetheless be in the ballpark of the overall number.

The recent blog by Tenoris was insightful as well. They demonstrated that sales of finished jewelry by specialty jewelers was down by 8% YoY in July. Tenoris collates data from a representative set of specialty jewelers across the US. While the above data points seem to be in line with the macro economic deterioration in the overall economy, there have also been a few news articles which do seem to paint a different picture. The Mastercard SpendingPulse data which indicated that jewelry sales were up 18.6% in July. I have no rational explanation for this, and my top three guesses for what caused this would be as follows:

- More consumers are using cards to buy jewelry as compared to the previous year, when they were flush with cash (could be an issue only in July as well)

- I do not know how SpendingPulse accounts for buy now pay later schemes, where installments hit the card every month for 3/6/12 months as per the scheme selected.

This might cause a lag in the reporting of the sales The Bureau of Economic Analysis of the US Department of Commerce also publishes the monthly data for seasonally adjusted consumption expenditure on jewelry. A brief glance through that data shows that it too reported a 10.3% year-on-year jump for the month of July. If we consider the data for July 2021, it was lower than the trend, and even if we adjust for the same the sales would be about 5-6% above the previous year (this could also be a reason for the unexpectedly high number reported by SpendingPulse). Interestingly, I compared the BEA data with Signet results, and thought that they would be similar, considering that Signet accounts for 6-8% of the retail sales in the US. I was surprised by the comparison.

While some differences are understandable, the data seems to suggest that Signet has significantly underperformed against the larger US market, as reported by the Bureau of Economic Analysis. Anecdotal reports suggest that specialty jewelers are performing better than mass market retailers, whose sales (of lower priced jewelry) were more affected by the overall inflationary pressures in the US economy, which makes this even more confusing. Whether this underperformance is a reflection on Signet's business, or a result of the calculation methodologies used by the BEA, is something which can be explored separately and is not the real focus of this article.

2022 was going to going to be a difficult year for the industry, especially as the Covid handout spigot was turned off. My models had indicated since Q3 2021 that the industry would start slowing from Q2 2022 and would face more serious issues in second half of 2022. I have written about it in articles and posts. The only question was as to the speed and the trajectory of the slowdown. The non-availability of Russian rough in Q2 of 2022 softened the impact of the slowdown by a bit for the midstream, as it reduced the flow of rough diamonds, however the fundamental issues remained.

By the middle of 2022, it was clear that if the US retail diamond sales for the year 2022 were to be flat as compared to 2021 (which were on a stimulus fueled gallop), it would imply that retail sales in the US would have to drop 10-12% y-o-y during the peak Christmas season.

This is in line with Signet expectations. In any case more economists had projected a slowdown in the economy in 2022 as inflation started hitting the global economy. With the rest of the world dealing with their own issues, high inflation and strong USD are compounding the problems for the industry.

Ending the year with on a low, sets the tone for the following year. Global challenges would also mean that demand from other centres would also remain subdued throughout 2023, though sales in China might pick up as lockdowns recede. There is an additional risk of economic mis-steps by governments or further economic deterioration, as well as the possibility of future stimulus packages as well (e.g. the actual impact of the student loan waiver is still unclear). If fact, inflation expectations and a strong dollar might actually help the midstream and producers as their costs are typically not in dollars

We expect that retail diamond jewelry sales in the US during 2023 would trend about 10% below the level in 2022. LGD penetration will also further eat into natural diamond demand. To put things in perspective, by our estimate current LGD production carats of polished diamonds over 0.2 carat in size already exceeds the natural diamond production in the same size range. This production will only grow. Based on this 2023 polished diamond sales can be expected to drop to below USD 17 billion (22% below 2021 levels), while rough diamond sales could drop to below USD 12 billion (23% below 2021 levels), with the resultant pressure on their respective prices.

To put this in perspective, for rough diamonds, this would also be the lowest level of annual rough sales, after the financial crisis and recent Covid crisis years. If we take a stock markets analogy, a 20% drop from the peak is considered bear market. Whether we like it or not, winter is definitely coming for the diamond pipeline although it might be in the first half of 2023.