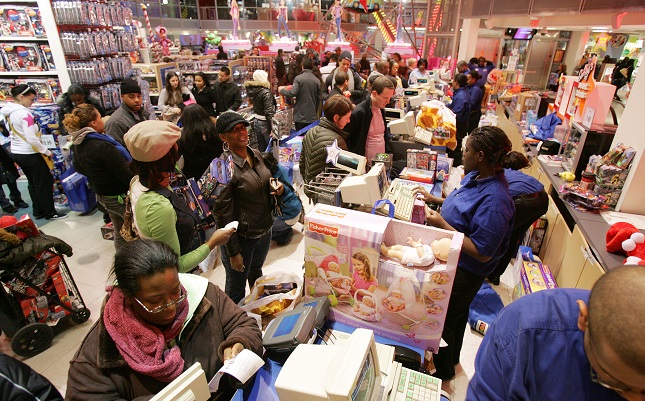 NRF's numbers are based on data from the U.S. Census Bureau, which reported that overall August sales - including auto dealers, gas stations and restaurants - were up 0.4 percent seasonally adjusted from July and up 4.1 percent unadjusted year-over-year.

Online and other non-store sales were up 14.3 percent year-over-year and up 1.6 percent month-over-month, seasonally adjusted.

"While consumer attitudes about the economy indicate some retreating optimism, the bottom line is that consumer spending remained resilient in August and continued to be a key contributor to U.S. economic growth," said NRF chief economist Jack Kleinhenz.

"Trends remain strong, but August grew somewhat slower than July, which could reflect consumers' concerns about the unpredictability of trade policy."

Kleinhenz also said it was too early to assess the impact of the new tariffs that took effect from September 1, but said they do present downside risks to household spending.

The 15-percent tariffs on a range of consumer goods from China are scheduled to be expanded on December 15 and cover about $300 billion in imports. In addition, 25 percent tariffs already in effect on $250 billion worth of imports are set to increase to 30 percent on October 15.

Diamonds, gems and jewelry imports were included in the September 1 tariffs, with a 10-percent tariff affecting some $13 billion worth of goods.

Diamonds, gems and jewelry not included in tariff delays for imports from China.