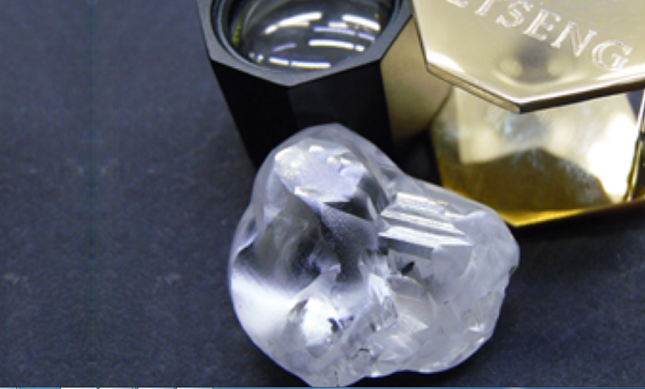 (IDEX Online) - The mining lease for the LetÅ¡eng mine in Lesotho has been renewed for 10 years, Gem Diamonds Ltd has announced. This is the maximum period allowed under the 2005 Mines and Minerals Act.

Under the terms of the new lease, the royalty payable in respect of diamonds sold by LetÅ¡eng has increased from 8 percent to 10 percent, effective immediately.

Gem will continue to own 70 percent of the mine with the government of Lesotho holding the remainder.

Gem Diamonds acquired LetÅ¡eng  in 2006. It is the source of large, top-color stones. It is the highest dollar per carat kimberlite diamond mine in the world.