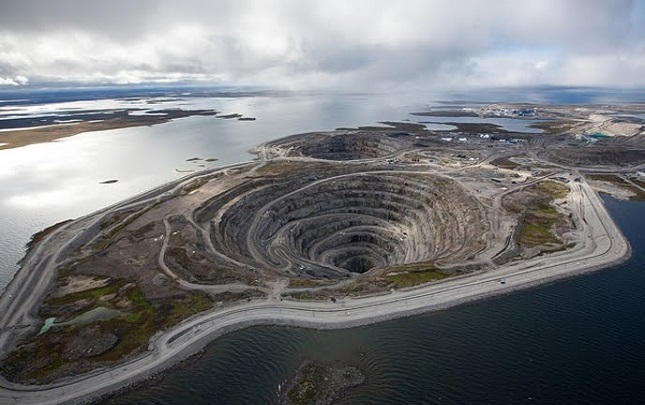 (IDEX Online) - Rio Tinto has announced that lower mining grades and reduced ore availability led to a drop in its third-quarter diamond production at its two mines.

At the 100-percent owned Argyle mine in Australia, production was 7 percent lower than the same period of 2018 due to lower recovered grade. This resulted in a production level of 3.6 million carats for the three-month period ended September 30. However, the company said the lowered output was partially offset by stronger mining and processing rates.

At the company's 60-percent Diavik mine in Canada, its share of diamonds recovered during the quarter was down 7 percent over 2018 to 994,000 carats. The miner said this was due to lower ore availability from both the underground and the A21 open pit. The remaining 40-percent share in the mine is held by Dominion Diamond Mines.