Pink Prices set to Rise with Closure of Argyle 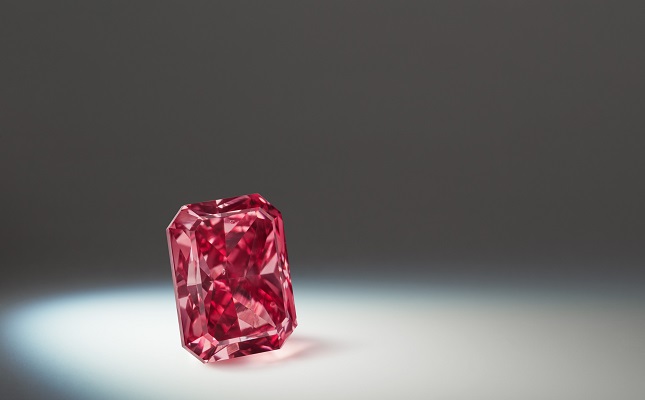 (IDEX Online) - The price of super-rare pink diamonds is to set to rocket with the forthcoming closure of the Argyle mine in Western Australia, which has been responsible for 90 per cent of world supplies.
Owners Rio Tinto plan to cease production by the end of 2020, when economically-viable reserves will run out.
The value of pink diamonds sold at its annual tenders has been appreciating by an average of 10 per annually over the last couple of decades, outperforming all major equity markets. They are a magnet for collectors and investors.
That growth in value is likely to accelerate when Argyle closes, after 37 years in which it became known as the world's largest supplier of natural colored diamonds - including white, champagne, cognac, blue and violet - as well and the rare and highly-coveted Argyle pinks and reds.
Last year Hong Kong-based Kunming Diamonds bought the Argyle Pink Everlastings Collection comprising smaller Argyle pink and red diamonds totaling 211 carats.
The company's director Harsh Maheshwari told the South China Morning Post newspaper last week that the price of Argyle Pinks had been insulated even from COVID-19 because of their rarity and the closure of the mine.
Russian miner Alrosa aims to fill some of the gap left in the market but won't match Argyle's production.
Pic shows Argyle Enigma, 1.75 cts