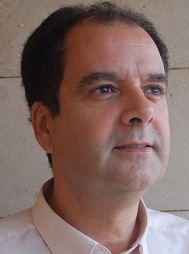 If there was one clear thing that the sixth edition of the International Diamond Week in Israel held at the Israel Diamond Exchange this week illustrated, it was the importance of inter-bourse events and other fairs staged in diamond exchanges.

There has been a growing trend for holding such events in recent years, as bourse managements have realized the value they can bring their members. In the case of the International Diamond Week in Israel, with the sixth edition held this week, there is no cost for the Israeli exhibitors. Hundreds of potential buyers – often first-time visitors – are brought face to face with hundreds of exhibitors. The Israel Diamond Exchange also holds rough diamond tender events as a Blue and White polished diamond fair for its own members.

The exchange's aim is to create as many platforms as possible to help bourse members, said IDE President Yoram Dvash. Bringing in foreign buyers, who have steadily reduced their visits over the past decade or so, gives life to the exchange's trading floor, raises the mood in the bourse and brings about business, whether at the show or at a later stage when relationships develop.

As odd as it may sound, these shows give bourse members the opportunity to meet other members of the same exchange and do business with them even though they may have office just meters apart. As one diamantaire told me: "I actually met someone at the event on the trading hall who I discovered has an office on the same floor of the bourse who I didn't even know was in the same field and with whom I could do business. Because we work from our offices and rarely leave them from morning to evening, we often don't know people whose offices are relatively close by."

Meanwhile, the Diamond Dealers Club (DDC) of New York last month held the sixth edition of the India Diamond Week on the DDC’s trading floor in Manhattan. The DDC, together with the Gem & Jewellery Export Promotion Council (GJEPC), hosted more than 60 exhibitors and several hundred buyers. As DDC President Reuven Kaufman said, the show's success is that it gives companies the opportunity to build on previous introductions and relationships, established in previous editions of the show.

And the end of January also saw the eighth edition of BrilliAnt, the Antwerp Diamond Trade Fair. The show expanded this year by going international, as it invited foreign exhibitors for the first time this year. The Antwerp Diamond Bourse, the Antwerp Diamond Club, the Antwerp Diamond Kring and the Antwerp World Diamond Centre (AWDC) come together to create the event which has become a solid fixture on the industry's calendar. As the organizers say, the fair gives local firms the opportunity to present their goods to jewelry firms and others from across Europe and further afield.

And next week, the 5th edition of the Antwerpsche Diamantkring (Antwerp rough diamond bourse) Rough Diamond Days event will be held on February 22 and 23. The Rough Diamond Days are open to all members of World Federation of Diamond Bourses (WFDB) affiliated exchanges.

With trading halls having lost some of their power to attract diamantaires in recent years, it's heartening to see their function adapted into different directions. Clearly, there is a cost to the exchanges with some of these events, in subsidizing flights, transfers, hotels and meals, but the investment is clearly worthwhile if it reinstates the historic role of the trading hall in diamond exchanges and helps create much-needed business.