The Global Geopolitics of Diamonds 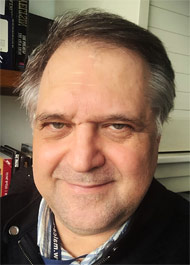 by Erez Jacob Rivlin, a diamond market analyst and diamond mining consultant. Served as an advisor to the Russian Government, (Minister Bychkov), on diamond issues, and to the Angolan President dos Santos. erezrivlin@yahoo.com

"For of the three forces, the power of arms, the power of alliance and the power of money, the last might well become the most reliable instrument of war...". Already in 1795, in his Perpetual Peace essay, Immanuel Kant envisioned how economics would be weaponized in the geopolitical power game. The US economic sanctions undermine the Iranian economy without losing a single soldier in armed confrontation, but with Russia, which is almost a superpower, the  struggle is much tougher. For the first time in history the diamond industry has become a significant weapon of war in what many regard as the most important war since the Second World War. Therefore, the leaders of diamond companies and trading centers must adapt to the rules of a completely new ball game.

The US directly accused the Saudi Crown Prince Mohammed bin Salman (MBS) of ordering the murder of the Saudi journalist Khashoggi. But when rising oil prices began threatening the EU and President Biden's popularity, the latter quickly booked Air Force One in Mecca's direction, to personally meet MBS to ask for the increase of the oil production. So what does this story have to do with diamonds? The Kimberley Process, just like the UN, proved to be completely incompetent when handling major wars. On the other hand, MBS, a leader of a regional power with influence in the world economy, is impacting the diamond industry much more than the KP.

The U.A.E. is a close ally of Saudi Arabia, which is a regional power in the Persian Gulf and Middle East. Both countries are fighting the Imperialistic expansion of Iran, which is the opposing power of this regional bipolar geopolitical system. And here is the intersection where diamonds meet oil. Dubai publicly refused to accept the Western sanctions on Russia, only because MBS, the Saudi leader, allowed it. Therefore, we did not hear yet of any threats by the US and EU, despite the millions of Russian carats flowing into the world market through Dubai.

This monumental move is not only backed by the Saudi regional powerigh above the regional wars, the two current world superpowers, China and the US are clashing. The Chinese are more than happy to jump at any opportunity that weakens the Americans. Therefore, it would make sense that the rough diamonds that secretly leaked out of Russia during the past two months, were paid with love with the Chinese yuan. It correlates with China's successful global strategy, which CNBC forecasted on 15/3/22, that the "yuan is set to challenge the dollar's domination of international trade".

The Risk of the Antwerp Fall

Antwerp faces Dubai, which is backed by MBS's oil pumps and the Chinese yuan financing. The Antwerp World Diamond Center (AWDC), the political arm of Antwerp, has on its back the European countries which are determined to block Putin's mad imperialistic ambitions at any cost. Nobody in Europe is willing to listen to claims about trade fairness, when pictures of butchered citizens from Bucha, and blown-up Ukrainian shopping malls are all over the news. Tom Neys, AWDC's spokesperson, argues that "any sanctions on the Antwerp diamond trade, without imposing the sanctions on Dubai are not only meaningless but are even against EU's own interests. Why go back and let the diamond trade return to the unregulated market that took so much effort to get under control?".

Steve Knowles, director external affairs HRD, claims passionately that "action must be taken now! How can the EU leaders be so blind?". Both Tom and Steve know very well the dangers if Antwerp loses its Russian diamond market share. Why would the Russians return to supply Belgium with their precious diamonds, while the Belgian and European armies are backing up the Ukrainians with arms and money? Russian diamonds make 30% of Antwerp's turnover, and without it, the critical mass of diamonds offered to the diamond buyers might be lost. Wars have impacted human history more than any other factor, and Antwerp is on the road to become one of the victims of the Russia - Ukraine war.

Romance in geopolitics could turn into a bizarre love-hate roller coaster. Australia, Japan, India, and the US formed the QUAD alliance in the wake of the Chinese military expansion. However, India's army, challenged by the Pakistani and Chinese armies, relies heavily on Russian arms. Just a few months after reviving the QUAD, India decided in 2018 to buy from Russia the S-400 anti-aircraft missiles, that are superior in their category. Consequently, the US threatened India with sanctions, despite remaining its close ally in the military QUAD alliance.

India did not quit the QUAD, but nevertheless, held talks this month with Russian and Chinese officials in a new love triangle called the TRIAD. India, the largest democracy in the world, is determined to avoid becoming a puppet of any superpower. The EU never stopped using the Russian gas, claim Indian politicians, therefore, the Indian leadership is not impressed by the EU and US pressure to sanction Russian diamonds. The flow of Russian rough is welcome in Mumbai either directly from Mother Russia or through the Dubai channel.

India, China, Antwerp or Dubai do not trade in diamonds, they only facilitate. The actual trade is done by people, flesh and blood, who are evaluating, negotiating, paying, shipping and then selling the secretive Russian rough diamonds. When complex geopolitical dynamics neutralize sanctions imposed on countries, the individual, personalized sanctions are an effective alternative already implemented in the past.

The African Conflict Diamonds probably had zero attention from the CIA. But when US security is challenged, intelligence resources follow. An American and EU task force, backed with over $100 billion of intelligence-combined-budgets, shouldn't fail to bring evidence to the courts of justice. The individuals who dare to challenge Western geopolitical strategic objectives, risk being challenged by the Western justice system. One is just left to wonder, for how much money are diamond dealers willing to risk their freedom.