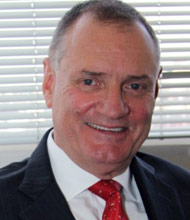 Last year will go down as a difficult one for the diamond industry. While manufacturers took the biggest hit with thin profit margins, tight liquidity and excess supply, miners also suffered as rough demand slumped. Plenty of global events also affected the trade, from stock-market volatility to street protests in Hong Kong.

The most important events in a nutshell: Indian banks change their lending policies; geographical provenance at Tiffany's from 0.18 ct; Signet goes lab grown; Swarovski goes natural; polished prices fell the whole year; and last but not least, trade war between U.S. and China reduce demand to end in Q4 with Hong Kong unrest.

Bain & Co. predicted full recovery only by 2021. U.S. consumer spending is seen unlikely to grow soon. It is likely a year where companies will go through a strategic review. A month has passed since New Year and we already see some first signs of what will likely be a trend.

Amid these uncertainties it can only be innovation that will propel growth to the next decade. In the first place this will happen at the level of the stores. Growth is driven by consumer demand. US-based jewelry shops continue to close their doors - their number shrank by 4 percent in 2018, the Jewelers Board of Trade (JBT) has found - even though sales of watches and jewelry worldwide are growing by as much as 6 percent each year, according to McKinsey & Company research.

Insiders are vocal about what retailers need to change if they want to evolve. Their advice: curate offerings, restock seasonally, get creative about engaging customers, and utilize technology. Having a dynamic online presence rich in stories is a must for retailers, as is engagement through social media - especially since consumers often research purchases online first.

Shoppers today want to get in and get out. So the experience should be emotive. Retailers also need to accept demographic changes. Young people have become a considerable consumer force, women play a role in the bridal purchase, and couples aren't always a man and a woman.

There is one company that has definitely understood the "opportunities in the diamond world." Tiffany finally unveiled the location that will serve as its home during the two-year renovation of its New York flagship store.

The Tiffany Flagship Next Door, a four-story space on East 57th Street, adjacent to the jeweler's Fifth Avenue store, will take the place of its primary location until late 2021. Each floor will offer a unique visual concept that complements its contents and embraces the experimental nature of the space with whimsical nods to its impermanence. Every level will also contain a private selling room, and the store will offer customers a VIP salon. Along the same lines of innovation, the Gemological Institute of America (GIA) has unveiled a video-billboard advertising campaign that encourages consumers to learn about the origin of diamonds.

Here again it is the story to consumers that is promoted.

On the other side of the world the same trend prevails. De Beers has launched an immersive concept store for its Forevermark jewelry brand in China.

The boutique, the first of its kind for the brand, is located in jewelry department store Caibai in Beijing. The 100-square meter space contains interactive features, including a discovery wall, which features stories on the origin of diamonds and their positive impact, and two discovery bars where consumers can receive guidance and expertise.

The location also holds a consultation lounge, which offers jewelry cleaning, a browsing area and other services, focusing on creating an environment that is open and welcoming.

Whether we like it or not, China seems to be another answer to all questions. Especially Mainland China.

Generally, much is expected from the Chinese Gen Z, a new generation that is considered "the segment to watch." They will have significant spending force as proud and empowered impulse buyers. China online diamond sales have also grown significantly in 2019.

Amid the challenges in Hong Kong, many companies have focused growth on the domestic Chinese market, where third-quarter sales in 2019 jumped 17 percent.

Chow Tai Fook opened a net 279 retail locations in the country during the period, compared with two in Hong Kong, where it intends to close up to 15 stores in Hong Kong as street protests and a tourism slowdown have hit sales.

At the WFDB we intend to continue the path chosen in 2019. Authenticity is what matters. In today's online marketplace, people have more choices than ever before. Consumers say authenticity - in their purchase behavior - is crucial and not just a trend.

What distinguishes diamonds from lab-created diamonds, apart from the whole love element, is that diamonds are a nonrenewable source. The debate on LGDs should in our case become a "unifier." The whole trade, from small to medium to large corporations including miners should stand together.

Our immediate objective is to find a convenient way to share digital content on a weekly basis in a way that facilitates the downloading and dissemination to the trade as relevant.

The spread on all social media channels is a further step which should also add to a broad spread. This is just a first step and more are on the way. The arrival of LGDs in the mainstream media has been a wake-up call. Let's all unite under the WFDB flag so that diamonds will shine again as the one and only ultimate gift of love.