We've been here before 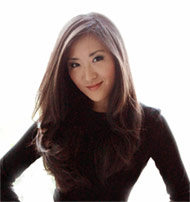 Sometimes it feels as though the world is burning, and no-one can escape the heat.

With the recent spate of disasters - from Australia's ravenous bush fires to the ongoing trade wars and global spread of the coronavirus - you'd be forgiven for hopping onto the apocalyptic bandwagon.

Traditional retailers are at the front line, feeling the pinch with empty high streets and shopping centers. At the same time, surgical masks and toilet paper fly off shelves while the stock market bungee-jumps. You can't help but ask: is the world ending?

Fear is our first response because we perceive that anything 'viral' is simply out of our control.

And in 2020, viruses aren't only transmitted through particles, people and planes, but also through cables and code. It's not just our immune system that's under attack now, but also our sovereignty and personal security. Online or offline, everyone is vulnerable - so it's no wonder people sometimes appear hysterical.

But this isn't new. We've been here before. Remember the Global Financial Crisis - and the multiple recessions before that? Or SARS and swine flu?

While we've confronted pandemics in history, the difference is that today, human societies have become more inextricably intertwined as one single network through globalized trade, technology and transport - a perfect recipe to fuel mass-hysteria and spread dangerous illnesses faster than any other time in history.

To put things into perspective, COVID-19 has taken three months to infect 110,000 people across 103 countries, while it took 14 years for the Black Plague to even reach Europe from East Asia along the Silk Road.

A more interconnected world with open trade has also meant that any downturns become a shared global problem. Indeed, it's the first pandemic in a social media-driven world, which has created further concern. However, in these times it is critical to remember that in precisely the same way these problems spread virally, so too do solutions. This is both the strength and weakness of our global network; we can see the hurricane form when a butterfly flaps its wings.

Some are quick to condemn globalization and highlight its vulnerabilities as we close borders, and censure technology for perpetuating miscommunication, but we mustn't forget that this is the same network that we are using to solve the problem; these same systems will deliver the solutions. The same flight paths that flew the infection from city to city will be engaged to deliver medication and vaccines, and the same networks used to spread panic will spread reassurance and safety advice.

Retailers have experienced this double-edged sword before: The same technology that was deemed a threat to traditional retail has also enabled them to offer 24/7 opening hours with better client communication at lower overheads.

Just as we are hard-wired as humans to fear the unknown and the uncontrollable, we have evolved to tackle tough challenges. Today, the Black Plague is treatable with antibiotics which have reduced the mortality rate from 90 per cent to 10 per cent. In contrast, coronavirus has a mortality rate of 3.48 per cent. Of the 110,000 current cases, a third have mild symptoms that don't require hospital treatment, while more than half have recovered enough to be discharged.

As you read this, doctors worldwide are working around the clock to treat infected patients, communicating and co-ordinating their research in real-time with other experts. We can now develop treatments in record time, thanks to technology.

The human race has recovered from grave catastrophes in the past without access to any of the data we have available today. There are more tools and sources of information than ever at our fingertips to create, measure, record and share ideas.

Outliers lead the charge when the world feels like it's falling apart, much like the way white blood cells get to work healing our bodies when our immunity is compromised. Similar observations can be applied for our troubled economy - when there's a downturn, there's always a new innovation. When times get tough, the tough get going!

Hearts broke around the world for the lives lost in the fires of our recent 'Black Summer'; 34 people died, 5,900 buildings were destroyed and it's reported that one billion animals were killed.

The smoke affected our neighbors across the Pacific Ocean as 306 million tonnes of CO2 was emitted. Immediately affected were both large-scale chain retailers and family businesses that lost customers and closed doors for good.

While Australia was in mourning through the heavy smoke, a downpour of rain fell over the land, extinguishing fires and alleviating drought. Through the blanket of ashes on the charred forest floors, bright green shoots have begun to unfurl everywhere, and locals have shared images of these hopeful scenes. Just when it felt like the world was ending, tiny tendrils reached out from the scorched destruction, signaling that life will flourish, once again.

While this might not feel like much, it is as much hope as we need. An underground bunker might seem perfectly reasonable given the recent sequence of events, but it's helpful to revisit history and keep things in perspective.

Modern catastrophes have reached new heights, but so too have our capabilities to solve them.

While the good days might feel like an age away, it's never been more important as a business owner to be patient, persevere and keep events in perspective. It's time to work together, increase communication and keep a level-head to survive. We have the choice to be the ashes or the phoenix.

My humble advice in these difficult times: If you want to prepare yourself against the horsemen of the apocalypse, don't build a bunker - learn to ride a horse.