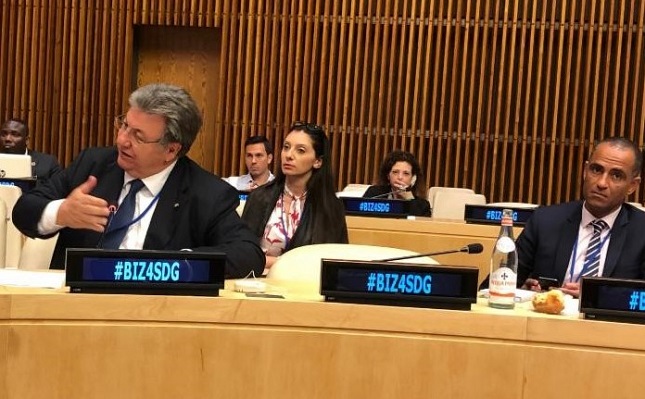 Speaking at a meeting of the World Business Council for Sustainable Development (WBCSD), which took place during the United Nation's 2019 High-Level Political Forum on Sustainable Development in New York, CIBJO President Gaetano Cavalieri has advocated for the position of small and medium-sized enterprises. Sustainable economies rely on the contribution of SMEs, he said, but too often they find themselves operating at a severe disadvantage when compared to larger companies. He noted that while in the jewelry business turnover is dominated by a relatively small number of large corporations and brands, employment and company ownership are overwhelmingly vested with SMEs, most of which are family owned.

Opening the HLPF session the day before, UN Secretary General AntÃ³nio Guterres had said that the world's people are demanding "transformative change that is fair and sustainable." "The evidence is clear," the UN Secretary General stated, "development is not sustainable if it is not fair and inclusive - and rising inequality hinders long-term growth."

CIBJO was attending the HLPF in its capacity as the international jewellery sector's representative in the UN's Economic and Social Council (ECOSOC), which is one of the six main organs of the United Nations and is the principal body for coordinating policy review, dialogue and recommendations on economic, social and environmental issues, as well as for the implementation of the Sustainable Development Goals. CIBJO was awarded special consultative status in ECOSOC in 2006, and that same year joined the UN Global Compact, which the global network of sustainable companies and organisations that pledge to align their strategies and operations with basic principle on human rights, labor, environment and anti-corruption.