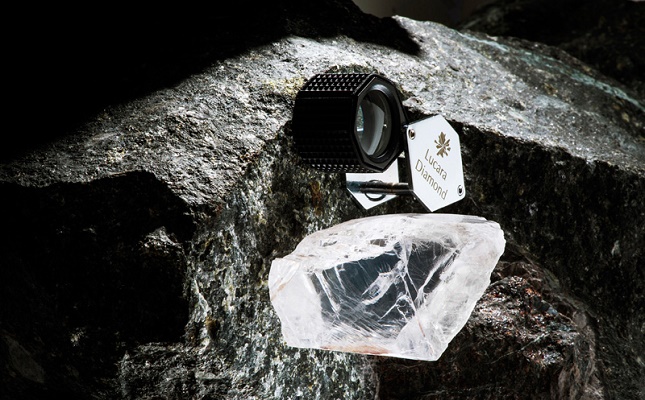 (IDEX Online) - Lucara Diamond Corp. has announced that plans to expand its 100-percent owned Karowe diamond mine is expected to double the mine's life to 2040. The miner also said the expansion would also generate "significant revenue and cashflow."

"Lucara is highly encouraged by the results of the Karowe Underground feasibility study, which has outlined a much larger economic opportunity than first envisaged in the 2017 PEA and represents an exciting, world class growth project for our company," said Eira Thomas, Lucara president and CEO.

According to Thomas, a significant portion of the cost to expand the mine underground can be funded from cash flow, and the investment is expected to be paid back in under three years. The move underground will allow Lucara to exploit the highest value part of the orebody first and generate over $5.25 billion in gross revenue.

"Lucara's short-term view is that the market is now stabilizing," said Thomas. "Longer term, the fundamentals are expected to strengthen in line with supply shortfalls from mature, depleting mines in Australia and Canada. It is important to note that a return to diamond prices observed in 2015 would nearly double the net present value (5 percent) of this project to $1.4 billion."

Karowe is the only diamond mine to have produced two 1,000+ carat diamonds. It has produced 2.5 million carats since 2012.

Lucara also announced its results for the quarter ended September 30, 2019.

Among the highlights were seven diamonds over 100 carats in weight. These included a

The company said better recoveries in smaller, lower value diamonds resulted in a 14 percent increase in the number of carats sold. The sale of these goods, while still profitable, impacted the average price per carat sold.

The value of the rough diamonds sold through the Clara platform doubled in Q3 2019 with $2.4 million of goods transacted and five sales held. This brings the total value transacted on the platform as of September 30, 2019 to $6 million since sales began.

Clara's customer base has grown another 35% in the third quarter, from twenty to twenty-seven and sales continue to ramp up according to plan.