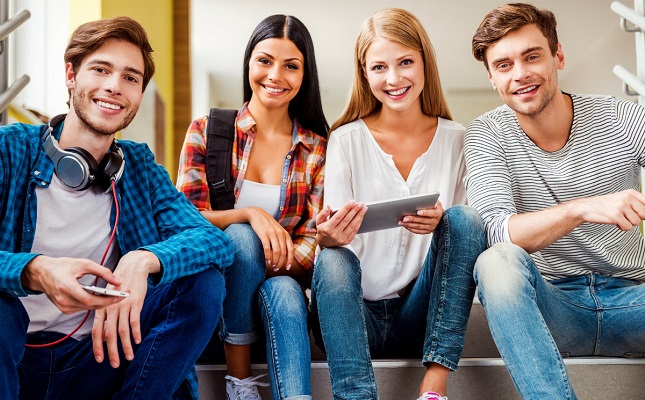 (IDEX Online) - Younger consumers are feeling flush this holiday season and look set to increase their spending this year, according to the latest consumer survey from the National Retail Federation.

"Younger consumers are helping drive the spending increase this year," said Phil Rist, Prosper Insights executive vice president of Strategy. "They're not just spending on their immediate family members, they're also treating their larger circle of co-workers and friends to gifts." More than half of shoppers between the ages of 25 and 34 (52 percent) plan to purchase gifts for co-workers, and 82 percent of those between 18 and 24 plan to purchase gifts for their friends.

"Consumers are in good financial shape and willing to spend a little more on gifts for the special people in their lives this holiday season," said Matthew Shay, NRF president and CEO.

Shay said retailers are expected to import near-record volumes of merchandise ahead of the tariffs that are scheduled to take effect on a wide range of consumer goods from China on December 15.

Shoppers plan to use multiple channels and types of stores to make sure they get all their shopping done. More than half (56 percent) say they will shop online. Among online shoppers, 92 percent plan to take advantage of free shipping and 48 percent will use buy online, pick-up in store or ship to store services, and 16 percent plan to use same-day delivery, which has doubled since 2015. The youngest online shoppers (ages 18 to 24) are the most likely to say they plan to use same-day delivery at 32 percent.

According to the NRF holiday retail sales in November and December will be up between 3.8 percent and 4.2 percent over 2018 for a total of between $727.9 billion and $730.7 billion.